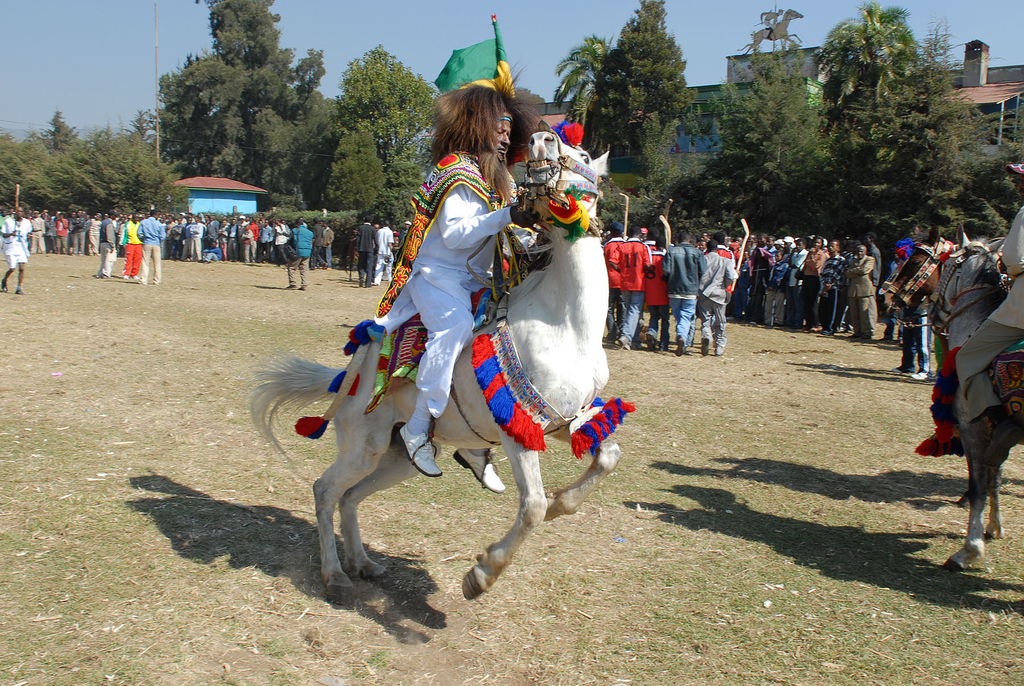 Ethiopian Christmas (Genna) is celebrated on 7th of January every year, instead of the typical December 25th, which is celebrated by Christians all over the world. This is due to the fact that Ethiopians use a four millennia old Calendar known as the Coptic or Ethiopian Calendar.

Ethiopia has preserved numerous festivals, cultures, dates and beliefs from being influenced by external powers/invaders.

Ethiopian Christmas or Genna holds a major significance within the Christian community for it is the day they received their saviour Lord Jesus Christ. Ethiopian Orthodox Tewahedo Church marks this day as one of the holiest of its festivals after Easter. There is a 43 days period of fasting and prayer before the Festival.

On the eve of Genna, which is the 6th, a midnight mass is gathered in churches all over the country.  People give thanks to their saviour Jesus Christ and most of all rejoice and celebrate his birth.

The atmosphere within the churches and the sentiment of people holding traditional candles (made out of wax) combined with the sounds of hymns and Ethiopian Orthodox Mezmur are so harmonious and delightful.

A three hour-long sermon consisting of prayer, reciting and singing concludes before breaking the fast.

The most exuberant and spectacular assemblage of all Christmas church celebrations is known to be in the rock hewn church of Lalibela.  It is located in the Northern Highlands of Ethiopia a Province called Wollo. People living in towns and cities celebrate this delightful holiday in almost the same manner as the villagers.

However due to modernization and media exposure people in cities are obliged to put on x-mass trees covered with shiny decorations.  Women prepare delicacies; men drink (home brews) and enjoy the holiday while children show off their new clothes.

There is a traditional game played amongst boys/shepherds, which is no longer practiced in cities. “Yegena Chewata” it called after the festival itself.  The game is similar to hockey, but different in its own way.

It is played with a wooden stick shaped like golf club and a small ball. Women gather around and sing metaphorical songs while watching boys play. As people continue feasting with loved ones, well-wishers drop in at any time of the day.  Genna is a day of sharing good wishes, songs, good food, drinks and entertainment.