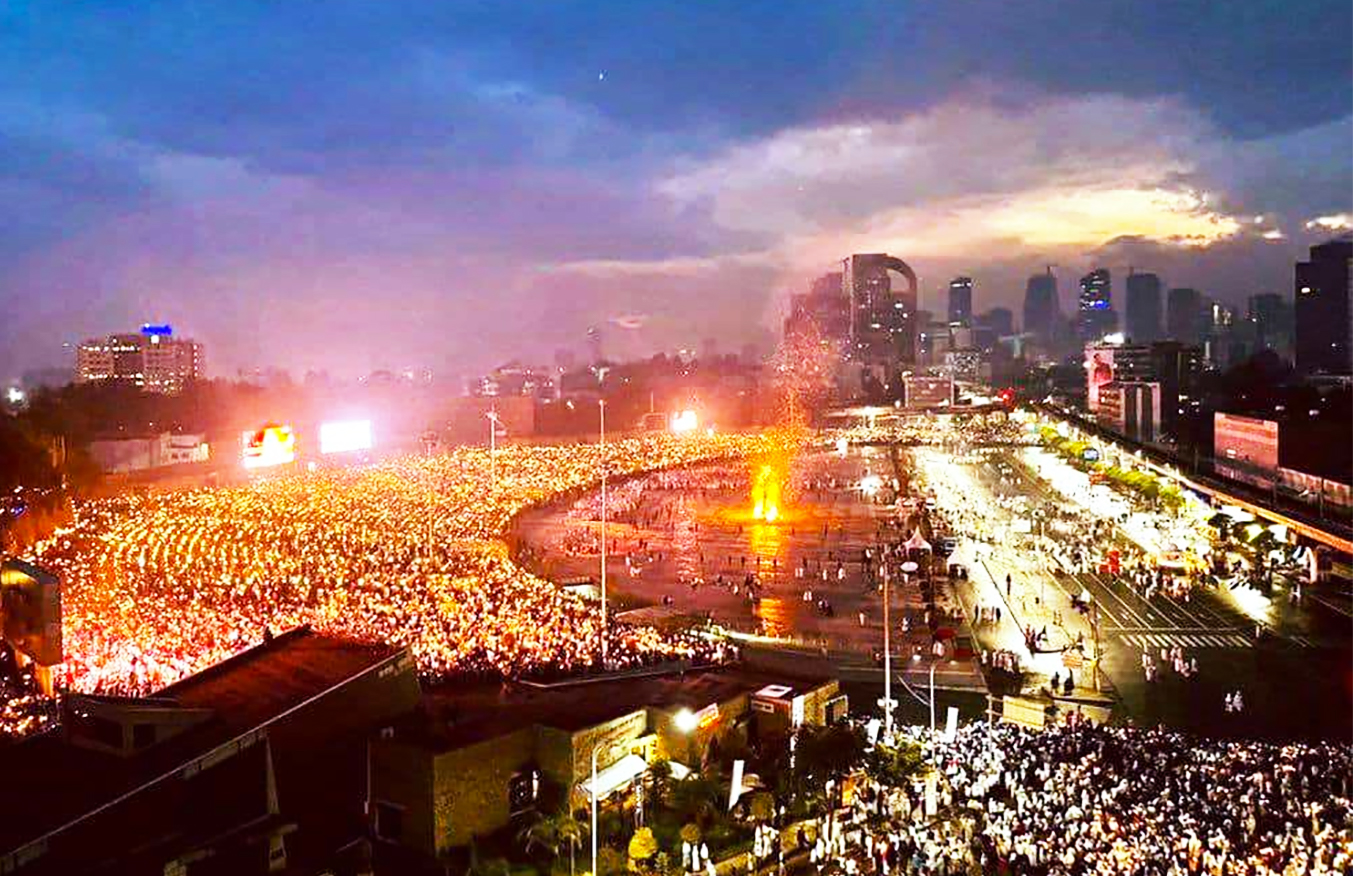 The Meskel Ethiopian holiday celebration is a colossal and colorful event in Ethiopia with interesting origins. Between 326 and 328 AD, the mother of the Roman Emperor, Constantine the Great and Empress of the Roman Empire, Helena Augusta made a pilgrimage to Palestine. Her son, Constantine had given her the title of Augusta Imperatrix, which came with lots of influence, authority and access to imperial resources. This allowed her to embark in a definitive journey of discovery to find Christian relics and articles of significance.

Historians such as Eusebius of Caesarea indicate that her days in Israel and surrounding  areas resulted in the construction or improvement of some of the most famous churches in Christendom, especially the Mount of Olives’ Church of Eleona and Bethlehem’s Church of the Nativity. It was during this trip that historical records indicate she arrived at the area of Jesus’ crucifixion around Calvary and found a Roman temple had been erected for the worship of Jupiter.

Incensed, it’s told Saint Helena had it brought down and in a dream she was advised to make a huge bonfire that would lead her to the cross that upstretched Jesus Christ in His crucifixion. Once the bonfire was made, the smoke rose to the skies and returned to the surface pointing at a space on the ground. An excavation of the site yielded three crosses.

She refused to accept them as those that crucified the savior and the two thieves unless of course she was convinced beyond a shadow of a doubt. It’s said that a woman from around close to her death touched two of the crosses without anything happening to her desperate condition. However, on touching the third cross she is said to have been completely healed compelling Empress Helena to proclaim that she had found the True Cross. To commemorate the discovery, her son, Emperor Constantine commissioned a special church, which is famous as the Church of the Holy Sepulcher.

Meskel celebrations are marked in remembrance of the finding of the True “Meskel” (“Cross” in the Ge’ez tongue). As a result of her discovery and her contribution to Christianity, Empress Helena is venerated as a Saint in different Christian denominations such as the Eastern Catholicism and Eastern Orthodoxy, Anglican Communion, Latin Catholicism to the Lutherans and Oriental Orthodoxy churches. These churches usually mark the Meskel festival under the title of the Feast of the Exaltation of the Holy Cross.

The celebrations in Ethiopia are carried out annually on September 27th (in the Gregorian calendar) or 17 Meskerem under the Ethiopian calendar system. Meskel fest takes place in a unique site named after the merriment-Meskel Square-in Addis Ababa, Ethiopia’s capital.

A huge event in the country, Meskel festival brings together people from all walks of life, from powerful figures, big names to religious bigwigs with many ordinary folks returning to villages and small towns to mark the event.

An enormous bonfire known locally as Demera is in most ways the highlight of the Meskel fete.  The huge crowd at the Meskel Square usually builds up to the bonfire, lit in the evening at dusk in conclusion of the Demera-march that begins early on the day of the Meskel or the eve of the big day.

Before the commemoration the wood to be burned is flowery decorated (with yellow daisies/Meskel flower) and plans made beforehand. In many occasions, the Meskel party begins in the afternoon or early evening and extends long after dark with lots of activities, prayers and sheer jollity.

As the firewood and daisies raze, throngs of people parade around the bonfire in a merrymaking procession engaged in key songs made exclusively for the occasion, until the wood has been leveled and turned into ash and charcoal. These are then collected for use by people to draw crosses on their foreheads in a ceremony akin to Ash Wednesday.

The jolly good spirits, joy in the air, merriment, songs and chants make Meskel a special festival many Ethiopians hardly like to miss. Even so, it’s largely celebrated to commemorate the redemption of man from the clutches of sin through Christ’s work on the cross and the birth of a new connection with the Creator.

Even more intriguing, the commemoration is highly rated and interred in the Ethiopian and Eritrean Orthodoxy churches’ calendar since legends tell of a section of the True Cross having been moved from Egypt into Ethiopia and interred at the rugged mountain fortress of Amba Geshen.